As some of you know (At least the ones following the blog), my computer basically broke, that’s the reason for the delay (I’ll go into more detail later).

But I’m back now, it took me a bit more to set everything up with the computer my friend let me borrow from him. There were a couple of drawbacks though, the pc had no storage drives, which wasnt that much of a problem. But there were many errors I got using the one I had windows installed, so I reseted the instalation of windows, meaning, I had no programs.

Uhmm… I guess that was the only issue. I’m not good enough to (I dont even know if its possible) restore the programs from the old windows instalation, so I had to download them again, the ones I remembered at least xD.

Okay, so for those of you who dont know, about 4ish? (I dont even know what day is it today) days ago, my computer simply didnt turn on. I believe it was the mother board since the power supply’s fan spun and I tested the power supply of my friend’s computer on mine too and it didnt turn on either. On that note, a friend was willing to lend me his old computer, so that’s what I’m using right now.

In case someone wonders, mine was an old AMD computer, like 8 years old. The newest part was the ram, and I believe it was also the most expensive one, so I’ll try to sell it (might have a buyer already 🙂 ). The rest arent that worth it.

Anyway, that’s the reason for the lack of posts these past few days. Follow/suscribe to the blog to get notifications when stuff other than chapters are posted, since NU only posts chapters unless you check the group’s page.

So, without further ado, enjoy the chapter!

And remember to try Amazon Prime for a month for free. PS. New character in the next chapter 😛

Or Amazon Student Prime for 6 months for free if you are a student and have a .edu mail address. 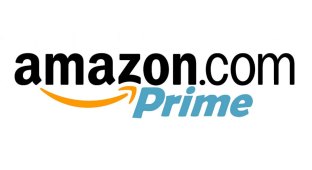