It took them more than ten days to arrive to the Imperial Capital of the Hisan Empire after departing from the city of Orn, traveling in the shaking wagon.

Following the completing of procedures at the gate of the rugged wall that surrounded the capital, the trade group from Urd proceeded to the main street.

The streets were paved with orderly-arranged cobblestone, and the traffic lanes had been modernized so that several carts could run side by side.

“So, this is the Imperial Capital, huh? As expected, it’s quite big.”

“The Imperial Capital was built to rival the Holy City in the Romanus Holy Kingdom. Yamato-sama.”

As they advanced in the driver’s board, the girl sitting next to him, Isis, explained about the city.

She had received superior education since an early age. After all, Isis was acting as the consul regent for the city of Orn.

At first glance, she looked no different from a normal young girl, but the knowledge and experience she possessed was surprisingly abundant.

“It’s quite a lively city, this Imperial Capital.”

“The Hisan Empire is one of the countries that had risen in power in the continent in recent years… It really is a sight to behold.”

Orn, flourishing thanks to the trade, was not a small city.

However, the Imperial Capital was on a completely different scale, and it bore an impressive atmosphere of magnificence.

The Empire was located at the eastern edge of the continent, and its lands weren’t rich for agriculture, causing it to have low production capability.

Therefore, it had occupied the neighboring countries, prospering with the taxes and the tribute received from those places.

The ruler reigning supreme was called “Emperor” and that was a title passed down by a hereditary system.

And among all the emperors the Empire has had, the current one was rumored to be an excellent warrior, on par with the champions of the past.

With his aggressive campaigns, the Empire’s territory was expanding, currently being the largest it had been in all of its history.

It was said that the emperor himself was leading the army as they fought against the southern tribes.

All this was explained by Isis.

(Certainly, the Empire is flourishing… but at the same times, there’s this “dangerous atmosphere” surrounding the Imperial Capital…)

Anyone observing the state of the city would reach such a conclusion.

According to the information Yamato had gathered as they made their way here, it was certain the Empire had a tremendous momentum.

But he wasn’t sure how long that winning streak would last as the empire occupied rival neighboring countries.

And if things kept going as they were now, in a few more years, the trade city of Orn would become the battle scenario.

(But, the gate guard… the military police… even the soldiers defending the forts on the way here. They all had no sense of unity…)

The soldiers of the Empire had momentum on their side, and also actual combat experience and training piled up.

However, the troops in each place had a delicate different in the degrees of their commitment.

This was information he had gathered as he casually talked in the guise of a merchant with the soldiers.

『As expected of the people of the Empire… by the way, who is the bravest of the knight captains…? 』

『As expected of the people of the Empire… by the way, is the future of the empire safe with the current heir…? 』

He had such casual conversations with soldiers and residents from different places as they were on their way to the Imperial Capital.

The low-ranking soldiers happily taught him various kinds of information after proudly receiving a gift.

And although there were some psychological games at play, they never suspected them being led.

Therefore, aside from the feeling he got from being inside the Imperial Capital, the analysis became more accurate after obtaining that much information.

But he decided to save it as a trump card in the future clash between Orn and the Empire.

“Are you familiar with someone from an inn, Isis? ”

“Yes, and we’ll avoid unnecessary hassle over there.”

The current visit of the Consul Regent of Orn, Isis, was an unofficial one.

If she was to stay in a large and popular inn, it was easy that her identity would come to light.

Therefore, this time it was arranged that they would be staying in an inn ran by a former resident of Orn, that was located in the outer edge of the city.

As long as the identities of Lienhardt and Isis were not publicly exposed, the negotiations with the Empire’s diplomats were possible.

“Liscia-san, could you please apply for a spot to open a stall in the capital’s bazaar?”

The official reason for the Urd trade group visit to the Capital was to do business.

So, Yamato gave instructions to Liscia to take care of that aspect.

After having secured their lodging, they would open a stall in one of the many squares of the Imperial bazaar.

The main purpose was to sell special products from the village, and it also doubled as a market research for the Hisan Empire.

The bazaar was not only a place to sell, but also a place where all kinds of information could be gathered.

“Don’t worry about him.”

Liscia had just become aware of it, but Lacq had quickly disappeared from the group after they entered the Imperial Capital.

Yamato was the only one to immediately notice it.

Even the skilled knight Lienhardt became aware of the fact he had vanished after some time passed.

When Yamato thought about it, Lacq had considerable skills to be able to erase his presence.

There might be a reason behind the independent actions of Lacq, or so Yamato thought so.

And he knew that when the time came, he would he returning with his usual nonchalant face.

Although tired from the long trip, the Han, Urd and Suzaku children all were quite energetic.

And thus, the group aimed for the inn.

After finishing the lodging procedures at the inn, they divided into two groups.

“Well then, Liscia-san, I’ll leave the bazaar stall in your charge.”

While they were finishing the lodging procedures, the Chamber of Commerce already approved the opening of a stall they applied for.

The management of the stall was left to Liscia and the rest of the children.

They had enough experience selling back in Orn’s bazaar, and they had the skills to defend themselves in case of an emergency.

Even without Yamato by their side, they could properly protect themselves.

And on the other hand, Yamato didn’t want the children to feel they were being overprotected.

“Alright, we too shall go then. Isis, Lienhardt.”

And so, together with the girl Isis and the Knight Lienhardt, Yamato headed towards a certain place.

A person who could open a channel of negotiation with the diplomats of the Empire.

According to Lienhardt, he was an old acquaintance of him and Isis’ father.

And since this time they were here to conduct secret negotiations, they couldn’t just openly request a meeting from the imperial palace.

Therefore, a slight detour was needed.

Three people walked in the main street of the capital, turning a corner in the luxurious aristocrat residence area.

It was a perfect disguise that gave passersby no sense of discomfort.

“Just ahead is the house, Yamato-sama.”

“For a noble’s residential area, this sure is a somber alley.”

“It’s quite the peculiar person… you’ll know after meeting them.”

According to Lienhardt, the person they were about to meet was a little strange, but also a noble from the Empire.

And as such, tension could be seen in the face of the Knight Lienhardt.

“”Peculiar”, huh? “That” certainly gives off that vibe.”

It was at the time they arrived at the back door of the mansion that was their objective.

Yamato felt a strange and bizarre killing intent, and Lienhardt placed his hand on his weapon.

Yamato was on alert at the bizarre killing intent that lurked in the darkness of the back of the mansion.

Hundreds of figures available on Amazon! 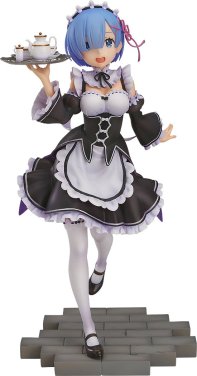