Episode 67: Taking a liking to.

The young maiden, the Valkyrie Knight of the Empire directed the tip of her blade at the throat of Yamato

At the sudden and unexpected turn of events, Isis’ eyes were tearful and Lienhardt took a stance placing his hand on the handle of the mercenary sword, facing the other party.

But saying that word Yamato managed to hold him back, showing that he was okay.

After all there was no need to pointlessly provoke this opponent.

“Uhmm, aren’t you quite calm for a simple merchant? Compared to those two.”

The girl called Sildria obviously did not like the nonchalant attitude of Yamato.

She pushed the sharp tip of the sword, pressing it further at Yamato’s throat.

From there, a thin red line of blood flowed down.

If she was to press it a few centimeters, the defenseless carotid artery of Yamato would be cut and he would be dead in a heartbeat.

“Your sword has no intention to kill. Therefore, you won’t be killing me.”

He wasn’t able to move after being aimed at by the sword.

The sword technique of the Valkyrie Knight called Sildria was great and the speed of her sword was tremendous.

But since that same sword carried no murderous intent, Yamato decided it was better not to move.

“Earlier you didn’t get frightened by the bloodlust of Taurus-chan, and right now too, you held into that courage. Aren’t you simply trying to pose as a mere merchant? ……Yamato.”

With her lips curved forming a smile on her face, the girl called Sildria tried to expose Yamato’s true face.

From the words of this girl it was possible for Yamato to come to the conclusion that Taurus, of whom he had felt the bloodlust earlier in the back gate, was something like a subordinate of her.

“I’m just a villager from Urd and a merchant.”

There were no lies in those words.

While he was in Japan, he had been an ordinary salary man whom had a hobby of mountain climbing.

And even after coming to this different world, he only engaged in agriculture and trade in the northern village of Urd.

In particular, he had never received military training nor was he versed in knight swordsmanship.

If someone was to define Yamato arbitrarily, he would fall into the farmer and merchant category.

“Sorry, but I don’t think I’ve said anything interesting.”

I’m bad at telling interesting stories after all, Yamato thought.

He remembered the time he met the large sword wielder, Barrès, and noticed he couldn’t understand how the knights of the empire thought.

Still, not caring for his excuses, Sildria had an amused look on her face as she stared in interest at Yamato.

The flame of ambition shone bright behind her long eyelashes, deep inside her eyes.

Of course, having come from a different world, he couldn’t possibly be acquainted with someone from the Hisan Empire.

However, as he observed the beautiful eyes of the girl in front of him, he couldn’t shake the feeling that he had seen those eyes somewhere.

And although her sword was drawn, the opponent was a knight, a noble of the empire.

Therefore, since the possibility existed that he could be charged with a crime of acting against nobility, he could act careless here.

“Sildria-sama, that far is enough for that joke. It’s about time for you to return to the castle.”

It was the owner of the mansion, the old noble Vlad the one who broke that deadlock.

With a slightly forceful tone, he admonished the actions of Sildria.

She was of a higher social standing, but he reminded her this was not the place to be making enemies, broaching the topic.

“Ahh, that’s true. I have to go to the castle and greet my older brothers! “

Judging from her words, it appeared like Sildria had just remembered something and lowered the sword that was pointed at Yamato.

Blood flowed from his neck, but it wasn’t a big injury, just a shallow cut.

She wasn’t likely used to going easy on someone due to that terrifying speed.

And all things considered, the sword of Sildria was a pretty good one.

Of a similar class to the one the Knight Guard Lienhardt used in Orn, or better at the very least.

“Yamato of Urd, I’ve taken a liking to you. If you have time, come visit my place at any time.”

“It’s troublesome to be told that one-sidedly.”

“That attitude isn’t bad either! “

After finishing speaking, the maiden knight Sildria dashed out of the room.

She was a belligerent girl and it was hard to know what she was thinking.

However, she was not particularly malicious, and she felt more like an innocent child.

And so, with Sildria gone, silence returned to the room.

“My apologies, my acquaintance has made quite a fuss… Yamato.”

The aristocrat Vlad apologized for his acquaintance, the girl Sildria, from whom Yamato had received a slash.

But Yamato decided to leave it in the past and mind it not.

“Uhm. Maybe you are quite a bold warrior, regardless of your appearance.”

“I’m just a villager. But leaving that aside, you should continue your chat with Isis.”

As Vlad spoke those words to Yamato, he placed his hand over his beard and stared in an amused manner.

Yet, Yamato wanted to fulfill the original purpose of which they had come to the mansion.

“Thank you very much, Vlad-sama. The truth is, we came to the Imperial Capital in secret to…”

And thus, after the drawing room became quiet, the Consul regent girl of Orn, Isis, began to tell the reason for their visit to the Imperial aristocrat Vlad.

Being a mere villager, Yamato tried to leave the room but was told to stay by Vlad.

Apparently, this big aristocrat from the empire had also taken a liking to Yamato.

Therefore, at the side of Lienhardt, Yamato also listened to the talks.

After a while, the talks between Isis and Vlad ended.

“I’ll talk to a friend who is a diplomat working in the empire, Isis.”

The negotiations with the old aristocrat from the empire, Vlad, had gone well.

He even promised Isis to go along with her to the Imperial Palace, which towered in the center of the imperial capital.

“It’s a request from you, who is like my daughter. There’s no way I will refuse.”

“Truly, thank you very much, Vlad-oji-sama.”

Vlad was a friend of her father and also had known Isis since she was little, therefore he had a kind of bond with her.

And in addition, this time there were the disturbing movements of the Romanus Holy Kingdom, a great power in the west.

As a great aristocrat, Vlad decided he would make use of his power to the utmost coordinating a meeting to talk with the diplomats as soon as possible.

And considering the group’s limited time, that was an incredible consideration.

“Then…  we’ll be looking forward to hear from you of the time of the meeting, Vlad-sama.”

After the discussion was over, the three of them left through the hallway that led to the back.

A contact send by Vlad would go to the inn where the group was staying the following day.

And for that moment and until then, there were various things to consider and prepare for.

Him too, needed to give his advice to Isis as the “wise man in the north”.

It was then, as they started to go on their way back.

The old noble Vlad called to him in a whispering voice.

The feeling he gave off was like there was something personal he wanted to talk about.

“We, the Hisan Empire, are rapidly expanding our influence. There is momentum… however, that is the reason why the usually “invisible forces” have come out. I leave the protection of Isis in your care…”

Furrowing his brow, Vlad stared at the back of Isis as she walked away.

The trade city Orn, located in the center of the continent, was the key to the future of continental supremacy.

And as a result, Isis, who was acting as the consul regent had the potential to be tangled in a dangerous situation in the future.

Answering so, Yamato too left the mansion of Vlad.

That warning was something Yamato had realized already even if he wasn’t told so.

And then, the next day they heard from Vlad.

And finally, the day to visit the Imperial Palace, located in the heart of the Hisan Empire came.

RTX 2060 is available through Amazon! 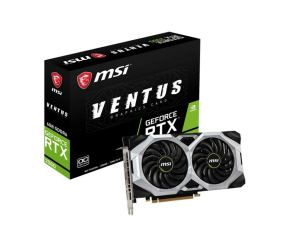 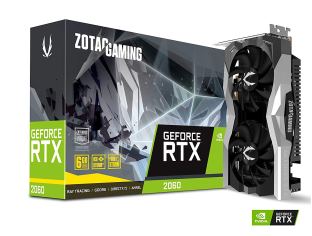