12 Bow of the Blazing Wolf

Me and Silvia roam the Reus dungeon day after day, and now we can clear it six times a day.

The experience from the dungeon laps have piled up, so I think me and Silvia have gone from “Beginner Intermediate class” to “Top Intermediate class”. If we were tea in this world, we would be “hand-picked tea leaves”, or if we were noodles, we’d be “yellow and blue strap noodles”.

Talking about my 【Swordsmanship】, I’ve already acquired 《Bishop Swordsmanship》 and 《Rook Swordsmanship》, and they both are steadily rising in rank. They both are currently at Grade 1. Their effects are 「Quick and powerful piercing attack」 and 「Very powerful single-target attack」 respectively.

I’ll learn 《Dragon King Swordsmanship》 at some point, but to use 【Swordsmanship】 as the main form of attack, I think its current power is enough with Bishop and Rook, so I’ll just go as is for now.

The item that I’ve been looking for finally appeared. 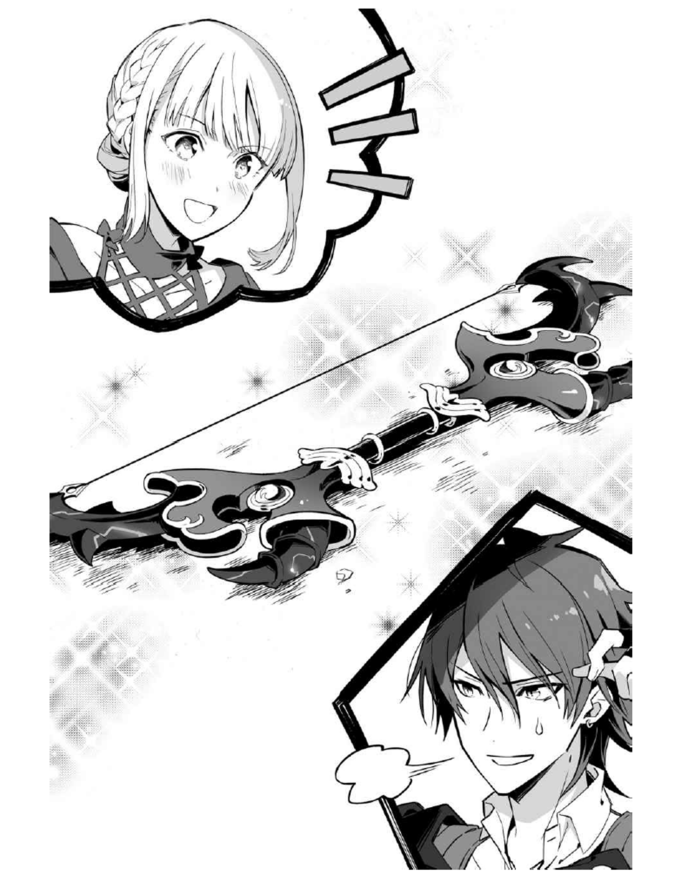 Silvia was the first to notice.

Same as usual, we were fighting the Flame Wolf using the Kinkaku Hametarou strategy, and so far, the amount of Flame Wolf fur we’ve collected has exceeded 100 pieces.

What had dropped this time was a big, burning, crimson bow.

Ah, it took a while……quite a while.

I guess this is what’s called the greed sensor. It’s supposed to have a 2% chance to drop, but it dropped, finally, after around ten dozen tries.

Thank you, Flame Wolf. I’m sorry to have killed you over a hundred times.

“Is this the Bow of the Blazing Wolf that you were looking for, Second-dono!? Umu, it looks quite strong.”

Silvia said, impressed after seeing the Bow of the Blazing Wolf that fell on the ground.

Also, it seems she has apparently misunderstood.

“What are you talking about? This bow is for you, Silvia.”

“You’re going to be a Magic Archer, right? Then it’s best to let you use it for now. Here.”

Giving the puzzled Silvia the Bow of the Blazing Wolf, I had her try shooting it once.

With a meek “O-okay”, Silvia nervously held onto the bow.

Boh―― along that quick sound, the arrow coated in 《Soldier Archery》flew into the wall of the dungeon and upon impact, it burst into flames.

Silvia, whose vocabulary has apparently become poorer, had her eyes rounded in amazement.

“No, it isn’t that incredible.”

Well, no matter what I say, for Silvia this bow is “Incredible”. I’ll be troubled if she’s happy with only this much. As a matter of fact, this is pretty close to Magic Archery.

“For Magic Archery, a high degree of skill in archery and magic is required. Just this isn’t enough. You should be happy at least after learning the Third Form of fire attribute attack magic.”

Silvia answered feeling a little dejected. I feel like I exaggerated a little, but oh well.

“Yeah, no problem. Since I will shift completely to Magic, I have no plans to use it. You will put it to better use, Silvia.”

“I will shift completely to Magic? ”

Seriously this girl, she’s jeering at me like she wants to give me a piece of her mind. She really thinks that I purposely forgot telling her about the dungeon and about magic. Still, Silvia’s reactions are usually really interesting. But it was not quite good this time.

“Archery, then Swordsmanship, and now Magic…… being the world’s number one feels less and less like a dream.”

It has finally begun to take proper form. She muttered that as if being impressed. I wonder if she’s beginning to get a grasp on it.

“There’s still a long way ahead. Also, there is something I want to ask you about for the future. Let’s talk about it on our way back to the capital.”

We’re finally leaving the Reus dungeon after being in its care for a long time.

And what’s more, mine and Silvia’s stats have changed quite significantly.

“A connection to the Royal Magic Academy? ”

On our way back, I consulted with Silvia.

“Yeah. Aren’t you the second daughter of the Virginia Knight’s House? Don’t you have some sort of connection? ”

To learn the 【Magic】 skills, you need to read a 『Grimoire』. Although the Grimoire for Attack Magic of the First Form can be found in the Comiket, the Second Form and Third Form Grimoire can only be found in the Magic Academy.

In addition, I don’t know where in the Magic Academy those Grimoires have been stored. Back in the days of Seven, the Second Form and Third Form could be obtained through an auction using real-life money during a short time. In all, it was 30,000 yen. Well, I didn’t have the need for any real-world items back then so that was of no concern for me at all.

Anyway, I have to “infiltrate” the Magic Academy somehow.

Why infiltrate? That is, to save time.

Access to the Royal Magic Academy is restricted to only teachers and students. In that case, it is possible to enter using the regular route. However, I do not know how long would it take to take the examination test, get the enrolling interview, complete all the procedures and pay the money. Of course I cannot wait for an entrance ceremony.

That’s why “Can you get me into the Magic Academy using your connections? ” I asked her that question……

“Hmm, no I can not. Don’t you remember that since I had no talent for the sword, my father gave up on me? I don’t think he would listen to a request from such an unskilled daughter.”

“From what I heard from you, isn’t you father a meritocratic person? If so, how about showing the power of the current you, Silvia? ”

“No, I think it will still be tough. Father is a person who, by his own skill on the sword, got a peerage as a knight. He might just say that I abandoned the sword and fled to the bow. And I’m not sure whether such a stubborn person can even accept the bow……”

I had a feeling that would be the case.

If it’s like this, then there’s no other way than to “cheat” Silvia’s dad.

“……For some reason, I have a really bad feeling about this.”

“It’s fine, it’s fine. Because I’m good at lying I can even pose as a scammer.”

After calming Silvia, I roughly explained the operation’s outline.

Its name, 「Operation Deceive」――will be carried out tomorrow.

I made a correction since there was a contradiction before and after for the reason to infiltrate the Magic Academy.

Goblin Slayer 1 to 5 available on Amazon!