While I was assimilating those facts, I accompanied Second-dono to the inn as his escort, and together with him, drank at the first-floor bar.

Even though I refused at first saying I was just an escort, Second-dono kept saying “it’s fine, it’s fine”.

There were a lot of shocking events today, so I lost to temptation.

It was at that moment.

I was drinking but was still in a good condition, so I returned it with a “Let’s hear it”.

All without knowing that this deal would change my life in the future.

“I believe Silvia wants to be prouder of her work as a knight. I want to help.”

I was a little surprised to be called out by my name without honorifics.

In hindsight, Second’s appearance was quite good. Up until now I only had eyes for my sword, but maybe because I’ve been slowly drinking for some time now, such womanly feeling suddenly sprang out.

No, his words mean more than that.

I want to be a proud knight. Since I was young, that was the justice that filled my heart.

It was a shocking remark.

Wh-what is this guy saying…!?

Th-that’s right. Calm down, me. This is a deal. By no means this is a pro-pro-pro-proposal. Damn, my face feels hot!

I emptied the contents of the glass in a dash.

……Have I calmed down a little?

“I think Silvia is not someone to give in to power, right? Then, you should get the appropriate skill. And I have the means to do that.”

But it’s easier said than done……

“I was born in the Virginia House of Knights. It is the role of those born in the Virginia House to become a knight and master fighting skills. Therefore, I have walked the path of the sword since I was four years old. I’ve been training in the way of the sword for 13 years now… But it all has been for nothing. I had no talent for the sword. I was despised by my brother and sister, even by my very parents. I am one of those who have failed. And even after barely becoming a knight, my sense of justice isn’t shared by others…”

I spoke as if complaining. It seems like I’m really getting drunk.

Then, Second-dono opened his mouth, as if to say something that was hard to say.

“I’m sorry for what I’m about to tell you. If you don’t have talent for the sword, you should try something else. A spear or a bow should be fine.”

Flying into rage, I grabbed Second-dono by the chest and stood up… and then I gave up.

Just what was I trying to do?

Second-dono said nothing but the truth.

I’ve always been stubborn and trained with nothing but swords. Even after everyone said I had no talent, only the sword…

I wanted to be a knight. A respectable knight. Never succumbing to evil, always an ally of justice.

……I am pathetic. My tears came out.

What would the child me think if she were too look at what I have become?

She would definitely hate it. No matter if I’m clad in armor, have a sword, ride a horse or belong to the Third Knight Order.

It doesn’t matter, I am no knight at all. It pains me just becoming aware of it.

“Isn’t it better to press forwards with those aspirations of being a knight? It doesn’t matter what weapon you use. What’s important is only the part about justice and rushing to save those in a pinch, it has nothing to do with swords and armors, right? ”

It is exactly as Second-dono says it.

There is no need to stick to the sword.

What matters is to have the heart of a knight!

That’s it. That’s totally it!

Such a rotten organization is not a place for a knight to be!

Quitting the knight order doesn’t mean I would quit being a knight!

Right now is the time for me to change――!

But I will not regret it. I already decided to bet on him.

When he heard my loud declaration, Second-dono just smiled happily and said “I see”.

I feel like my cheek are getting unnaturally hot. I probably have drunk too much.

“Then, let me tell you about my dreams.”

After saying so, Second-dono began to speak passionately.

That no matter what, he was going to be the “world’s rank one”.

It’s a very rough dream, one people might be amazed and laugh at.

But his smiling and cheerful face, and his almost glittering eyes.

――Yeah, Second-dono is really aiming to the top of the world.

I honestly thought so.

If so, then I’d like to go together with him and help him out.

I’m sure interesting things will happen.

Ahh, this is the first time I’ve had a night with so much fun.

After finishing drinking with Silvia, I returned to my room and sat on my bed.

A laughter came out involuntarily.

Well, I didn’t think it would go as planned.

She’s probably gifted in either 【Archery】 or 【Magic】. After training 【Swordsmanship】 for 13 years and not improving, it seems like she’s a specialized growth type, maybe DEX or INT type. There’s also the possibility of being a production type of some sort even if a little, but that would still be good. Anyway, it’s huge that I managed to get a companion. This will dramatically improve safety.

It’s great that I made a relationship with that pain in the butt knight order, seems like I drew a big one here.

However, I told her not to slap her resignation to the knight order right away.

On the surface, she will still be a knight of the Third Knight Order fulfilling her two-year term, but in fact, she’ll be a spy that will leak to me information about the order.

As a matter of fact, it seems like Silvia was instructed to “persuade Second in order for him to join the Knight Order”, but that is now meaningless since she told me.

Those knights might think that Silvia, being the “Knightish Knight” that she is, will have a sense of duty and properly follow those orders.

In order to develop Silvia, I want to go to the dungeon and learn the essential skills of 【Swordsmanship】, and in addition to that――……

I lied on the bed and went to sleep while thinking about that.

It’s thanks to your support that I can keep the site without ads.

Youjo Senki / Saga of Tanya the Evil 1 to 5 available on Amazon! 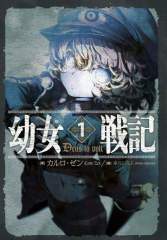 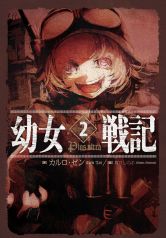 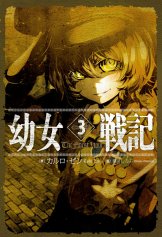 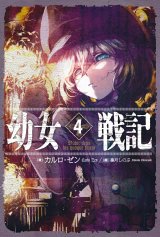